Why Mutual Funds Are Better Than ULIPs

We explain why ULIPs are not the best option for you and the alternative, of investing in Mutual Funds, is better.
by Scripbox
12
Comments 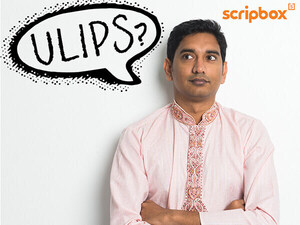 If you are like most Indians, someone somewhere would have tried to sell you insurance. An avatar of insurance which would have been offered to you as a “too good to be true” investment option would have been the ULIP or Unit Linked Insurance Plan. We explain why ULIPs are not the best option for you and the alternative, of investing in Mutual Funds, is better. ULIPs are sold primarily based on this ‘Two-in-One” promise and at first glance it seems like a good idea. But as an investor you have to be careful that you don’t get something that does neither of the two things very well.

We believe the second is clearly a better option.

Why it is a bad idea to combine investments and insurance.

a.  ULIPs lead to under insurance: The amount of insurance available as part of ULIP is generally far less as a large portion of the premium goes towards investment. Let's try to understand this with an example. Ravi is in his early 30s and a non smoker. As he just got married, he wants to buy life insurance.

The other option is a ULIP. For a ULIP, the minimum he needs to pay each year is generally above Rs. 10,000, just for a possible sum assured of Rs. 1 Crore. The issue here is that he can't be sure his dependents will get a crore at least. The sum will depend on his ULIPs performance (which is difficult to predict).

If Ravi goes with a ULIP, there is a substantial risk of being under-insured.

b.  Term insurance is a standardised product. All insurance companies provide exactly the same terms and you can easily evaluate the best policy basis the price (Even claims ratio is no longer a big factor).

c.  Term Life Insurance is not linked to the investment. Your premiums are small and there is no risk of losing it because you failed to make a large premium payment due to financial constraints.

a.  The investment component of ULIP is more expensive than a mutual fund in terms of charges - maximum reduction in yield for ULIPS allowed at 4% in the 5th year of the policy vs 2.5% maximum for equity mutual funds. Read more here.

There is also the case of multiple charges levied on a ULIP. There are 6 extra charges apart from mortality charges. They are Premium Allocation Charge,Fund Management Fees, Policy/ Administration Charges, Surrender Charges, Fund Switching Charge, Service Tax Deductions. This substantially increases the complexity that is involved in choosing a ULIP versus a mutual fund or a term insurance plan.

b.  The track record of ULIPs is not available for analysis separately whereas you can compare and evaluate the best mutual funds easily.

c.   If your ULIP investment is not doing well, switching to a better one is not as easy as in the case of a mutual fund. Not only do you lose money in charges but you also lose the associated Insurance and may have to go through the process of medical underwriting again.

ULIPS are often pitched as tax saving investments because the entire premium can be claimed towards Sec 80C (apparently a “Three-in-one” product).

Even on this front, keeping investment and insurance separate works better for you.

Buy the Term Insurance you need. The whole premium is admissible for tax saving.

Then invest the amount you plan to into tax saving funds (ELSS) with much higher historical returns and lock in of only 3 years. The saved amount is admissible for tax deductions.

In almost every conceivable way, ULIPs lose out to dedicated insurance or investment products. So if insurance is your main goal, go for a term plan. If your goal is pure wealth creation, mutual funds are the best way to go.