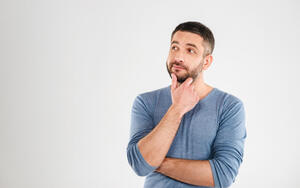 Does your mental state of affairs affect your financial decisions? Interestingly, some studies point out that mental health and financial issues go hand-in-hand. Individuals with depression and anxiety are three times more likely to be in debt than otherwise. Poor mental health impairs the ability to concentrate, organise, and spend responsibly. Ultimately it turns personal finances off-gear - leading to indebtedness.

Like a chicken-and-egg situation, while it remains unknown what causes the other, both tend to exacerbate each other. Poor mental health results in worsening of finances. And deteriorating financial position makes people more anxious, thereby causing a downward spiral.

On the positive side, maintaining good mental health, can also throw up new surprises.

Control over spends: People with good mental health seldom overspend. A blogger once wrote about his bipolar disorder, a mental illness that made him vacillate between the extremes of depression and overconfidence. When in a state of mania, he used to splurge money only to later encounter bouts of depression, when credit card bills and debt confronted him.

Mental health issues may decrease self-control leading in turn to irresponsible spending. Often, people indulge in ‘retail therapy’ by buying expensive items they might not really be in a position to afford. It does give them momentary pleasure, but hurts their finances for a long time.

In contrast, individuals with good mental health are more aware of their financial boundaries and tend not to overshoot their budget.  By avoiding impulse purchases and avoiding absolutely unnecessary buys, they remain on top of their finances.

When someone is unable to concentrate or suffers from increased fatigue (say, from lack of sleep), they are more likely to avoid problems. For instance, if debt is mounting, they might try to ignore the problem. In such a situation, planning and reorganising finances seem an uphill task.

An individual with good mental health, in contrast, will try to worm out of the financial mess by strategising and tweaking the household budget. They find it relatively easier to face adversity and come out of it.

When one is losing control over one’s mood and life in general, seldom do they think long-term. They tend to alleviate their present situation by spending now than save for the future.

Maintain investing discipline
When one is losing control over one’s mood and life in general, seldom do they think long-term. They tend to alleviate their present situation by spending now than save for the future.
In contrast, individuals with good mental health are more likely to retain the ability to plan for retirement and other financial goals. Amidst the ups and downs, maintain investment discipline by saving and continuing to invest for the future. By providing adequate financial cushions in the form of emergency funds, ring fence potential financial shocks.
Reduce bias
Investing requires tons of patience - especially when investing in equity. By not reacting emotionally to events, you are less susceptible to fall into the trap of investment bubbles or quest for higher returns.
People maintaining mental equilibrium rarely jump the gun. They will take a momentary pause to reflect over an event’s actual impact before making decisions.
Takeaway
In the end, maintaining good mental health has a healthy effect on one’s finances. They seldom overspend, maintain investment discipline and refrain from reacting emotionally to market events. So, meditate, sleep, and chill.
Published on 11/11/19
Updated on 25/08/20
Home › Personal Finance Blog › Personal Finance › Why focusing on your mental health can have a surprising impact on your finances
Share Share
3
Comments
Related Tag
Personal Finance