Repaid Your Home Loan? What’s Next?

Owning your first house is never easy. However, if you have managed to fully repay your home loan, consider yourself smart and fortunate. Rakesh and Rekha are one such smart couple.
by Muthukumar K
18
Comments 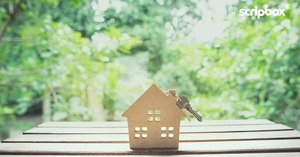 Owning your first house is never easy. However, if you have managed to fully repay your home loan, consider yourself smart and fortunate. Rakesh and Rekha are one such smart couple.

In the spring of 2007, they took a 20-year home loan for Rs 50 lakh with a monthly EMI of Rs 50,000. This was the maximum amount they could borrow with their combined take-home salary of Rs 15 Lakhs. Initially, they found it tough to manage their finances, as EMI payments drained away 40% of their take-home salary.

But, as their parents had gently advised them when they took the loan, they soon got used to spending less. Sometimes it meant giving up a holiday or postponing the buying of an LED TV, but they wanted to be debt free as soon as possible. As a result, as the couple’s finances improved with annual salary hikes of 10% each,they were able to save most of the increase. And they used this saving as well as intermittent bonuses to prepay the loan. By the end of the 7th year, and on Rakesh’s 40th Birthday, they had repaid the entire loan and were debt free!

More important, they also had surplus money, almost one lakh per month, which they no longer needed to pay the bank.

Now, the big question is what Rakesh and Rekha should do with this monthly saving. It’s tempting to splurge – which they did for a couple of months. The daily advertisements in the newspapers also made them think they should buy another house until they realized that they had absolutely no financial investments.

While they no longer had to worry about paying rent, they still had to worry about major expenses like college education for their 2 children (about 7-10 years away), and retirement (20 years away). They also realized they had no cushion in case one of them fell ill or lost their job. A second house will only commit them to more EMIS rather than provide financial security.

Paying off your home loan is therefore not just a time to celebrate; it’s also a time to think through your financial position and start creating a nest egg for retirement and major expenses.

Fortunately, a home loan prepares you for financial discipline. All you need to do is maintain your level of spending and save the surplus (the same 30-40% that you would commit to EMI) in long term, inflation beating investments.

Rakesh and Rekha decided to invest their one lakh per month surplus in equity mutual funds. They knew that they were going to be investing for about 20 more years and they could be assured of an inflation beating long-term average of 16% - better than any other asset class.

Here's what they can expect to accumulate over the next 10 years if they up their investment by 10% each year (in line with salary increases) and are able to realise an annualised return of 14% per annum.

*Illustrative only. Equity return is never this uniform.

And yes, they did take that long overdue holiday and enjoyed it knowing that their financial future was secure.

Related Reading: if you’re where Rakesh & Rekha were 7 years ago, consider this simple financial plan.