Here is the eye-popping truth: On Dec 30, 2011, the difference in 10 year performance of the best performing equity mutual fund and the worst performing one was a whopping 24% - annualised!
by Sanjiv Singhal
28
Comments 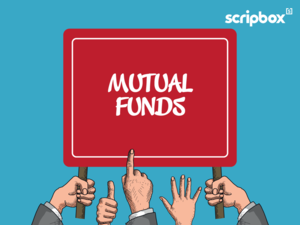 You've always known that it's important to pick the right mutual fund to invest in, but did you know how much?

Here is the eye-popping truth: On Dec 30, 2011, the difference in 10 year performance of the best performing equity mutual fund and the worst performing one was a whopping 24% - annualised!

This means that a Rs 1 lakh investment 10 years ago would have become approximately Rs 18.92 lakhs if you had invested in the best fund; and only Rs 2.60 lakhs in the worst fund - a heart breaking difference of Rs 16.32 lakhs!

Could you have picked these best performing mutual fund 5 or 10 years ago?

Probably not! The mutual fund with the best 5 year performance did not figure in the top 20 funds (based on annual performance) in 2006 - the time when you would have made the decision. It appeared in the top 20 performers only in year 2007 (rank 2) and 2010 (rank 6).

Could you have picked the worst performing mutual fund?

Probably Yes! The mutual fund with the worst 5 year performance was the best performing fund for the year 2007!

This highlights the necessity of selecting your investment with criteria other than recent performance, then constantly monitoring the investment and exiting when the fund fails to perform consistently. You cannot predict in advance which fund will be the best performer (Why not?) but you can adopt a strategy that gives you a return near the highest.

Reference Data: Download the spreadsheet containing the performance of schemes