Money lessons from the Father of the Nation 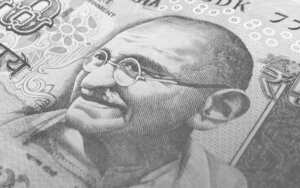 Rs 5, Rs 10,Rs 20, Rs 50, Rs 100, Rs 500 and Rs 1000. Whether you are spending big or small, Mahatma Gandhi - the Father of the Nation - has smilingly witnessed your spending pattern. Since 1996, he has been the face of these currency denominations. On the eve of his 150th birth anniversary, let’s inculcate some of his virtues in our own money management.

Struggle for independence gained traction after Gandhi shifted base to India in 1915. His single-minded pursuit for Independent India was a game-changer – forcing the British to ultimately give up the rule.

“A man is but a product of his thoughts. What he thinks he becomes”, he once said. So, first of all, set your financial goals – be it for retirement or child’s education. If you have short-term goals like vacationing or pursuing education, put that in paper. Later, build a portfolio strategy that will get you there. Imagine where you want yourself to be and work towards it, without ever giving up.

So, put your thought into action by making a small beginning. If you want financial independence 20 or 30 years from now, you need to act now. SIP your way into equities and other classes based on your risk-taking appetite and let the power of compounding do the trick. Your investments can be small to begin with - in any of the currency denominations in which Gandhi appears.

“The future depends on what you do today” he once said. Initially, when he made known his dream and started working towards it, he was mocked at. But, politicians and the British started taking him seriously, once he gained nation-wide popularity.

So, put your thought into action by making a small beginning. If you want financial independence 20 or 30 years from now, you need to act now. SIP your way into equities and other classes based on your risk-taking appetite and let the power of compounding do the trick. Your investments can be small to begin with - in any of the currency denominations in which Gandhi appears.

Discipline in thought word and deed was the basic tenet of Gandhi’s teaching. And he led an exemplary life with meagre possessions, supported by simple and frugal living.

Similarly, we might need to change our lifestyle to get closer to financial nirvana. Keep saving about 20% or more of your take-home income. Bring discipline in investing, by automating the process. It will ensure you don’t compromise or delay the achievement of financial goals.

From a coat-pant and a hat, he changed to a dhoti. His mantra “simple living, high thinking”. Simple living need not mean total renunciation. You could however cut down on unnecessary luxury spends. It can give you the financial wherewithal to save more.

By championing the concept of using home-made clothing and buying only Indian goods, he emphasised national self-sufficiency. We often resort to borrowing to enjoy the present (and jeopardise the future). If done beyond limits, it could upset financial plans and take us closer to a debt trap. Learn to live within means and avoid debt as much as possible.

Gandhi remained resolute at all times. Similarly, investing is all about patience and staying invested. There will be ups and downs on the way. However, it’s important to stay put– especially in the exciting world of equities. “If patience is worth anything, it must endure to the end of time.

There are many facets to Gandhi’s personality that goes beyond just non-violence and peaceful co-existence. For the financial world, his great measure of self-discipline, emotional control and tremendous patience is worth emulating. “You may never know what results come of your actions, but if you do nothing, there will be no results”. So get started NOW.