There are some who think the markets are living in an alternate reality, but the rally in July involved multiple companies in the IT and Pharma sectors. FIIs have also made a big comeback last quarter. There’s good reason to believe the India growth story is intact.
by Scripbox
8
Comments 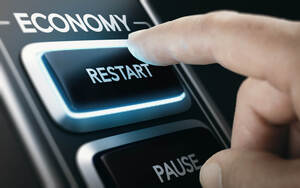 It’s an august month, history beckons. 10,000 years ago, wheat set us free. The agricultural revolution spawned civilisations and set us off on a path to progress. Or so goes the conventional narrative. But in Sapiens, Yuval Noah Harari argues that wheat actually domesticated us.

The nomadic hunter-gatherers became farmers chained to their land. “Domesticate” comes from the Latin domus, which means “house.” Who’s the one living in a house? Not the wheat. Cut to 2018. We produced 1,000 times more transistors than grains of rice and wheat combined. Courtesy smartphones. And a sequel to the question appeared - when the phone had a wire, were humans more free?

Zoom forward to now. Around March, the idea of TGIF being replaced by TGIWFH was quite appealing. But now we wonder because we have begun to understand the trade-off. And that’s the paradox of freedom - it involves trade-offs. While on trade and paradoxes, the markets!

1. There are some who think the markets are living in an alternate reality, but the rally in July involved multiple companies in the IT and Pharma sectors.FIIs have also made a big comeback last quarter. There’s good reason to believe the India growth story is intact.

2. Who else is new in the market? 1.8 million trading accounts. That’s the number that has been added in India since March. A bull run is exciting, especially when travel, eating out, shopping are all non-options. But the trade-off here is zero protection from bear hugs. The lack of professional wealth management advice means that individual traders keep buying even after institutional investors leave the party. The money that retail customers directly investing in the stock have lost, courtesy Yes Bank and Jet Airways, runs into thousands of crores!

3. That probably explains the tepid response by individual investors to the YES Bank follow-on public offering (FPO). With 15000 crores as the target, the offering was subscribed 0.93x at an overall level. That’s still a lot of money.

4. But while YES Bank went in search of money, Google made a Jio targeted investment of Rs.33,000 crores. And that’s only one of many. Such is the scale of investments that Reliance has parked Rs.35,000 crore in debt funds.

5. If that isn’t enough reason to stay invested in debt funds, note that India now has a trade surplus. It does point to the continuing trend of reduced domestic demand, but more importantly, it means that deposit interest rates will stay low. Bank deposits are considered safe, but the trade-off is that they won’t beat inflation.

As in many other contexts, in personal finance too, the trade-offs we make now have an impact on our future freedom. The history of freedom is also a history of trade-offs - from domestication to one’s workstation. Happy Independence Day in advance. Thank you for reading!