Prem concluded that tax saving mutual funds made the most sense because his money would get the most bang for the buck thanks to the return's tax savings funds have gotten, historically, and he could invest in them a little bit each month, just like an EMI.
by Satyam Pati
12
Comments 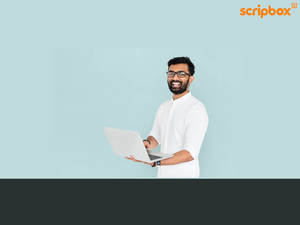 Prem is like you and I, he enjoys good food, movies, and good ‘chai’ and he hates traffic. He also hates taxes, much like most of us.

When his salary got to a point that he knew he was going to lose a major chunk to taxes he started figuring out ways to save tax. Just like you and I.

He asked his friends what to do. Some said, “Just buy insurance”. Others swore by 5-year fixed deposits. One even asked him to buy a flat so that he could take a home loan and save tax because of the interest.

Prem wasn’t convinced because most of these were long term commitments and decided to do some research (yep, he’s not like you and me when it comes to this!).

He realized that there were many ways to save tax. From tax saving bank deposits to the money he was putting in his provident fund, national savings certificates, and finally tax saving mutual funds.

He realized that in most of the ways, he could invest up to Rs. 1.5 lakhs and this money would be locked in from 3 years to 15 years.

Prem concluded that tax saving mutual funds made the most sense because his money would get the most bang for the buck thanks to the return's tax savings funds have gotten, historically, and he could invest in them a little bit each month, just like an EMI.

Today, many things frustrate Prem, but tax saving is not one of them.

He just did an SIP in tax saving mutual funds and at least that aspect of his life is worry free. He also inadvertently built up his long-term investing habit. He seems to be well on his way to becoming a smart investor. Are you?

Find Out How Much Tax You Can Save

Enter your Annual CTC
₹ Five Lakhs
You fall under the tax bracket
Your tax amount
You can save taxes of upto
by investing under 80C
You don't need to invest for saving your taxes.
Save Tax Now
Loading...
Published on 31/08/17
Updated on 24/12/18
Home › Personal Finance Blog › Tax › How Mutual Funds Helped Prem Save Tax
Share Share
12
Comments
Related Tag
Personal Finance