This year try to get a jump start on this activity. Plan and execute your tax saving investments now.
by Lisa Pallavi Barbora
6
Comments 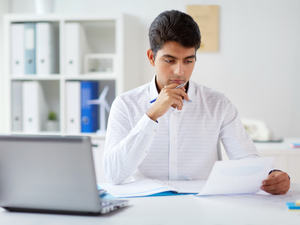 It is the start of the new financial year and you may have just gotten done with your last year’s tax investments. However, this year try to get a jump start on this activity. Plan and execute your tax saving investments now.

Before we get into why you should start your tax saving investment early, lets talk about the investment that is most efficient to achieve this goal. An equity linked savings scheme (ELSS) or a tax saving equity fund helps you to utilise the Rs 1.5 lakh tax deduction under section 80 C and also delivers the most efficient inflation plus returns in the long run.

Historical data shows that over periods of 5-10 years, returns from ELSS are superior to the 8% per annum delivered by say, Public Provident Fund (PPF). You may argue that along with the Section 80 C deduction, returns from PPF are tax exempt. However, at a 5-year average and 10-year average annualised returns that have proven to be generally greater than 12%, ELSS shows itself as far superior. Note that, with lower inflation, actual returns in the coming years might be lower, but still prove to be better than fixed income alternatives.

The key is to be proactive rather than make last minute choices.

1. Inefficient choice in the last minute – When the financial year end approaches there are already many other receipts that you have to scramble for; rent receipts, petrol bills, loan statements, and so on. Along with that when you have to make a quick decision about tax saving investments, first time mutual fund investors may not even want to get into the process of KYC and account opening, potentially missing the ELSS opportunity.

Deciding at the last minute can also lead to choosing an ELSS fund that is most convenient rather than reviewing and picking one that is a consistent performer.

2. You can start an SIP now – Starting in April gives you the option to invest smaller amounts through SIPs in a tax saving fund rather than investing a big lump sum in January or February.  For example, if you need to invest say Rs 50,000 towards tax saving under section 80 C, you can begin by investing Rs 5,000 a month from April to January next year. Regular investing through SIPs helps you in making smaller contributions out of your monthly salary instead of cutting a cheque for a large amount in one go.

3. The money you invest now earns for the rest of the year – By starting early you have put your money to work sooner rather than later.

What you don’t invest in April will most likely end up getting spent on entertainment or other purchases. Instead if you start that SIP, your money starts earning early.

The first SIP made in April would have been invested for at least 10 months by the time you are done filling up the declaration of tax saving investments in January or February.

While it seems like you are blocking money too early for something that’s required only later, in reality you are putting your money to work and utilising time more efficiently not only for saving taxes but also to grow your wealth.

Check out comparison between PPF and ELSS