Confessions of an anonymous property investor

From the voice I could make out he wasn’t happy. After thrusting a keychain with four different keys into my hands, he said “Please do the needful. I am troubled”.
by Muthukumar K
5
Comments 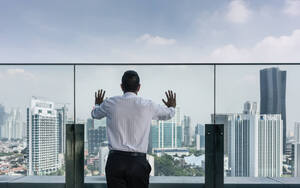 My childhood friend called me to the airport. “I am shifting to New York”, he told me as soon as I reached there.

From the voice I could make out he wasn’t happy. After thrusting a keychain with four different keys into my hands, he said “Please do the needful. I am troubled”.

And he went about his story over a cup of coffee. “I am making this confession to help others learn from my investment folly” he told.

I have several house properties in my name. It’s not only spread geographically across Mumbai, but also in different cities.

My tryst with Mumbai started about twenty-five years back, when I landed up with a dream job in a multinational firm.

Mistake no.1 - Stretching my budget

Within few years, I moved up the ranks. It was in 1998-99 and I was hearing about my batch mates owning houses. I just wanted to keep up with them and booked a big flat in the Mumbai suburbs by stretching my budget. Unfortunately, the timing was bad. Soon, thereafter the dotcom bubble burst (in 2000) and the Indian stock market crashed. Along with it, the realty prices took a beating.

For almost three years, I struggled to pay EMIs as I watched property prices plummet year-after-year. I convinced myself by reading aloud the famous quote “If you are buying a house to stay in it, anytime is a good time to buy”.  Little did I realise that it was the quote of the head of a housing finance company. What else can you expect him to say?

Then, in 2004, realty prices started looking up as the economy was back on track – growing at 8% plus levels.

Mistake no.2 – Catching the herd mentality

That’s when I thought of buying property as an investment. Equity mutual funds were also doing well then, but property seemed more alluring.

One builder spoke about a new railway line in the offing that could make commuting a breeze. Another spoke about an upcoming airport and a mall. To my surprise, there was only one view – prices will go up.

I quickly shortlisted an under-construction property to arrest the price rise.

Mistake no.3 - Nothing in paper

On its glossy brochure were pictures of swanky badminton courts, swimming pool and gymnasiums. These amenities were however not mentioned on their letter-head. And I dared not to ask for one. It was a seller’s market.

On paying the booking amount, I took home a free laptop. The construction took double the promised time to finish, while amenities were not up-to-the-mark. Badminton court, for instance, was made overnight by painting lines on the concrete floor of the garden area. The brochure however had showcased a posh wooden-floored indoor one.

By now, it was 2008 and the global financial crisis had started roiling the markets. For the next two to three years, property markets took a beating. I gave my house on rent; it yielded a minuscule 2%-3% a year on the market price. Equity funds could have yielded much more. While there was property appreciation, it didn’t match up to that of equity.

At this point in time, I was doing well in my career and I was promoted to look after software operations in Hyderabad.

Mistake no.5 - Buying house without a long-term plan

It meant not only searching for a rental house in Hyderabad, but also putting two houses on rent. My parents also moved in with me. I had the additional responsibility of managing one more house on their behalf.

So, now, I am in three different WhatsApp (society) groups. Sometimes a flat owner complains about wrong car parking or sends a joke. Nevertheless, I check all these messages and attend each of their AGMs.

By now, I had spent on getting tenants by posting advertisements and renewing rental agreements. Often, repairs and painting had to be done before handing it over to a new tenant. Thankfully, my friend (author) did all that.

After staying in Hyderabad for over five years, I was sick and tired of moving from one rented house to another. My children had grown up and needed stability. That’s when I bought my third house.

And as luck would have it, I was soon informed about the posting in New York.

It’s a great career opportunity. But, now, I face the challenge of looking after four properties while staying abroad.

The big lesson I have learned over the years is that it might be cool to own multiple properties; but managing it is a headache. While you might have seen some price appreciation, it is only on paper as long as you don’t sell it. Selling property is not only cumbersome but also attracts taxes (22%).

Mistake no.6 - Investing in illiquid assets

The big lesson I have learned over the years is that it might be cool to own multiple properties; but managing it is a headache. While you might have seen some price appreciation, it is only on paper as long as you don’t sell it. Selling property is not only cumbersome but also attracts taxes (22%).

If you are looking to invest, instead of real estate, consider equities or debt funds. The latter is liquid and over the years has beaten inflation and outperformed other assets classes including that of real estate in India.

If I had started early into equity investment, I would have been far richer.

After 25 years, I don’t remember the friends I tried to compete with. But the decisions they triggered continue to haunt me.

Shortly after his confiding, an announcement was made in the airport.  My friend bade me goodbye as he proceeded for the security check, while I stood staring at the four keys.