Confessions of an anonymous investor - “My 25 years of investing”

I am writing this, as I have made several mistakes over all these years as an investor. If not for some of these mistakes, I would be far better off today and much wealthier.
by Scripbox
73
Comments 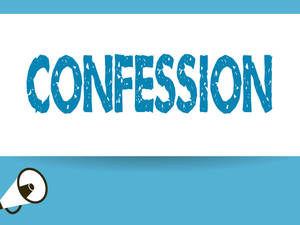 I am writing this, as I have made several mistakes over all these years as an investor. If not for some of these mistakes, I would be far better off today and much wealthier. Many are minor mistakes, but I would like to share my experiences with the single major mistake (or rather category of mistakes). In hindsight, I just wish someone had told me about this 25 years back.

The journey started 28 years back, and not really 25, but for the first 3 years I did not invest at all. In the early 90s, the Indian economy was struggling and, from what I gather, the country was bankrupt. The prime minister had to open up the economy and I was quite sure I will not be investing in stocks, when the country was near bankruptcy. Safety first was the mantra.

This was immediately followed, in 1992, by the big ‘Harshad Mehta’ scam and the public at large firmly believed it is much safer to buy a lottery ticket than test the depths of stock markets.

After that though the markets looked up, but there was this meltdown towards 1995. Stocks were falling apart and most of the companies that went for IPOs in that era do not exist today. I later learnt many were paper companies - which means, they never had a business. Who would want to participate when faced with such meltdowns?

Then there was a confused period of governance at the centre. Why invest in equity markets, when there was no decisive government at the centre? With the NBFC meltdown, many retirees lost their deposits, which had promised high returns.

I distinctly remember in 1998, I was in a restaurant with a foreign visitor and the TV screen flashed the fact that the Indian government has triggered the nuclear bomb test. The foreigner wanted to leave India and said the country has no hope. I wanted to hide under the table.

Soon after, a fresh set of fears started to kick-in. The fear of the Y2K bug. There was widespread fear that the computers, globally, had not been programmed for the Y2K changeover and financial markets may collapse. Who would dare to stay invested when there is a risk of all financial computing systems collapsing overnight?

That night of 31-Dec-1999 passed safely. The sun did rise in the east the next day and life did not change - to the pleasant surprise of everyone and to the shock of some soothsayers.

In the following year, the world saw one of the worst terrorist incidents and it was clear it was going to be a different world following that. This was immediately followed by the dot.com crisis - the world has never seen such a crisis before that and everything seemed to be melting down. All the quick millionaires went back to normal work after that. Most folks I know had given up on stock market investing and were happy to just have a safe job which pays enough to cover their expenses and some savings.

By 2003, it was clear the world was not a safe place. The US invaded Iraq and it could have potentially expanded way beyond that. Why risk equity investing, when the world was seeing a full-blown war – and that too on television?

By the time the 2008 mortgage crisis hit the financial markets, everyone was cursing the day when they were first introduced to the stock markets. It was painful and it was dark. In 2009, the CEO of Satyam computers came on TV and said all the cash they had in the balance sheet did not exist.

Now, if one was doing investing based on the balance sheet of companies and it is easy to do a Houdini on Rs 14,000 Crore of cash to make it disappear – on what basis can anyone invest?

Around the same time, I also heard the same trick which was used by Satyam computers was exported to other places (not just a software exporter!!) – the government of Greece was also perfecting such tricks, and it is safe to assume many more zeros were involved. By then, I was wondering if governments can play tricks with finances, whom can I trust?

This was followed by some existential crisis for the Euro. Brexit happened and there was total distrust between countries. This was around the time when the experts started to say, if Trump becomes the president, stock markets will fall apart across the globe. Who would want to take such a risk? He did win, but for some unfathomable reason the stock markets just did not fall. I still wonder why. How could so many experts be wrong?

Demonetization came and went, GST also happened. And I am just tired of trying to figure how all these affect my investments.

I just wish I had not heard of these

While all these earth-shaking crises were happening and the experts strongly suggested that one should move to safe havens in each stage of these events, quietly Mr Sensex moved from 1048 in 1990 to 36,500 levels – multiplied 35 times over these 28 years. If only I had not listened to the experts or read the newspapers, I would have participated in this 35x journey.

By the middle of 1995, the private sector mutual funds had come into existence and some of the early diversified equity funds are up well over 50 times over this period. These funds did much better than Mr Sensex. I could have very easily kept plonking in some money into these guys.

Nobody told me that all these events just did not matter. The only thing that matters is that – if the economy grows, the companies operating in the economy will also grow and investors in these companies will also do well. Buy a diversified collection of such companies and you will participate in this journey. Through all these crisis events, the economy did very well. I seem to have taken my eye off this ball.

First figure out if you think the country will grow. History suggests it should and there is no reason to doubt that it will not in the future. When in doubt, look around you and see how your life has changed over the latest 3 years. If so, stay invested for the longer term.

Real risk is if you don’t participate in this growth.

For every scam, or negative news, which gets amplified, always remember there are also great companies out there doing wonderfully well. If you do hear of any such fears, stop reading economic or political news for some time – stick with just the page 3, movies and sports news. It invariably passes.

Stay invested and stay the course. When you have cash which you don’t need, invest it away. Time is your friend. The path of progress is here to stay. Benefit from it.

I just wish someone had told me this 25 years back.