Collaborative Action, Not Despair Is The Solution To The Falling Rupee

The fundamentals of the economy are not half as bad as the vicious fall in the financial markets would suggest. [GDP growth] of 5.5 per cent seems eminently possible for 2013-14. This is, incidentally, a growth rate that both developing and emerging markets would give an arm and a leg for.
by Scripbox
8
Comments 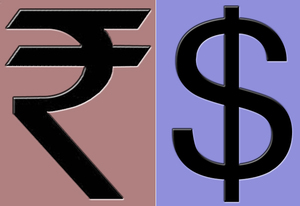 All four funds in the Scripbox portfolio have significant holdings in HDFC Bank. We therefore thought it would be interesting to share with you what the CEO of the bank Mr Aditya Puri has to say in the rupee vs dollar debate.

In an article published in Indian Express yesterday and aptly sub-titled "The economy calls for collaborative action, not despair" Mr Puri says:

(We thought it would be a good idea to share with our readers the views of business leaders who manage the companies we invest in through the Scripbox portfolio of funds. This is the first of such posts. Please let us know if this is of value to you.)

Published on 30/08/13
Updated on 08/04/19
Home › Personal Finance Blog › Collaborative Action, Not Despair Is The Solution To The Falling Rupee
Share Share
8
Comments