Rising numbers of COVID 19 cases, Moody's downgrade, and challenges for the MSME sector were countered by a spree of capital raising and upbeat sentiment to keep markets positive in June
by Scripbox
3
Comments 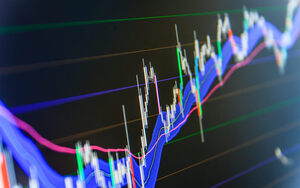 Let’s start with some good news. You get to hear an interesting story. What’s the bad news? It’s Tao, Made in China - not a popular label these days! The story goes that there was once an old farmer who had a horse. One day the horse ran away. “Bad news”, the neighbours said. The next morning, the horse returned, with three wild horses. “Good news”, murmured the neighbours.

The following day, the old man’s son tried to ride one of the wild horses, and ended up with a broken leg. “Bad news”, remarked the sympathetic neighbours. A day later, army officials came to the village to draft young men. The son wasn’t picked up because of his injury. “Good news”, exclaimed the neighbours. By now, you’ve already guessed who else behaves like the neighbours. The markets. On that note, let’s ride a rollercoaster of some relevant highlights. Hold on.

1. Market rallies seem to be ignoring the reality of Covid, and how economies, jobs, and lives have been affected. The Nifty, which had fallen 39% from its peak, has clawed its way back to within 17% of its previous highs. But no, this is not like the “revenge shopping” that the US and Chinese retailers are seeing from consumers.

There are reasons - Covid’s spread and intensity being lesser than anticipated, many companies finding cheaper ways to continue business, and liquidity thanks to stimulus packages in many countries. On that last point, with gold trading high and realty not seeing growth for a while, money continues to flow into equity, the best way to create long-term wealth.

2. Meanwhile Moody’s downgraded us again, a possibility we had brought up in the previous newsletter. But we don’t need to take it personally, this has happened to most other countries too. We’re still investment-grade. The markets had already anticipated this, and it should not materially affect foreign capital coming in.

3. Speaking of capital, while it is becoming clear that results for even good companies will be weak for some time to come, many large companies like Reliance, Airtel, and Kotak have been able to raise huge amounts of capital.

4. Where there is capital, there’s interest. Unless you’re an SBI FD investor. Actually that's unfair. Most banks have followed them in cutting rates. Who gets back in favour now? Debt funds, which don't just offer better post-tax returns, but are becoming more secure by reducing corporate debt and adding more government securities.

We have always had the most secure funds in our portfolio, and that’s why our customers have been investing significantly more in debt funds. If you haven’t already, do consider debt funds. Only Reliance can afford to be debt-free!

The moral of our Tao story is detachment. But yes, that’s too much to ask when it comes to one’s investments. We could do with some stoical distancing though, and focus on the basics.  To end how we began, washing your hands is good news, but washing your hands off completely is bad news! Thank you for reading, and do write back with queries and suggestions.

Indian Mutual Fund Industry in May 2020