Can Visualising your Financial Goals help you attain them?

Visualization technique is a technique for performance improvement. Sports legends like Michael Jordan and Tiger Woods have used visualization to push their performance limits. This technique can be used in all walks of life including, achieving financial goals.
by Muthukumar K
12
Comments 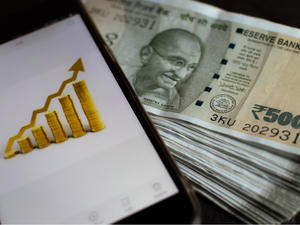 Sports psychologists conducted a study in Russia in the 1980s. They divided world-class athletes into four groups and trained them.

They found that Group IV athletes showed the most improvement in performance followed by Group III, II and I. These athletes were mentally trained using visualisation techniques, which helped them improve performance as against pure physical training.

It is the process of vividly imagining achieving your goal. In other words, you create an imagery of your success beforehand. This can, in turn, trigger changes in how you think.

Studies suggest that the brain finds it hard to differentiate between a real and a visualised image. This is based on the idea that when you visualise an action, you stimulate the same regions of the brain as though you have actually performed the action.

It essentially tricks your brain that you have already achieved your goal. This can build the necessary motivation and confidence in actually achieving something (as if you have already done it before).

One of the popular ways is to visualise on the outcome – which is about achieving the goal. For instance, if it about sponsoring child’s education, to imagine the grown-up daughter celebrating the successful completion of her degree during the convocation ceremony. However, think of the visualisation as a movie rather than a static picture.

Studies suggest that the brain finds it hard to differentiate between a real and a visualised image. This is based on the idea that when you visualise an action, you stimulate the same regions of the brain as though you have actually performed the action.

Doing the following can help you better visualise your financial goal.

Now, add more detail to it; what are you wearing? Who are you with? What are you feeling at that point in time? Think of the situation akin to watching a short movie - imagine your clothing, your happy expressions, and conversations with your spouse, the sound of the beach waves and the sight of your grandchildren playing with you.

After five minutes, open your eyes. If some other thoughts distracted you, repeat the process. Make this part of your daily routine.

Visualization may improve the odds of achieving your financial goals. It happens by helping you build the necessary confidence and by motivating us to achieve our goals. However, it is not a magic wand and cannot replace hard work. Rather, think of it as a performance booster.