The markets in May turned choppy once again as the stimulus package failed to raise spirits. While the long term prospects remain good considering the resilience of the Indian economy, short term concerns have started raising their heads. Post lockdown performance of companies can tell us more in the coming months.
by Scripbox
3
Comments 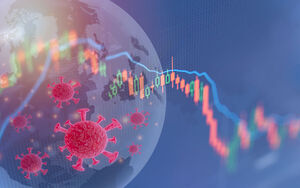 Get.Set.Reset. If 2020 had a narrative, this would be it. Think about it - if you travelled back in time, and told your February self that in June you’d be actively thinking about schools being open, salary coming in on time, getting a haircut, house help coming every day, you’d laugh at yourself. Ok, maybe not the last one, but you get the point.

These are things we take for granted, things we trust will happen. If we had to spend time on them, the daily cognitive overload would cripple us. Covid’s biggest reset, beyond health and economics, has been this trust - in the powers that be, and in systems and processes, large and small.

We’ll get back to the subject of trust, but first a quick look at six things that have impacted the markets. Or not. The levels of positivity increases as you go further, so don’t give up, keep reading!

1. The market’s response to the stimulus packages was a shrug. That’s not to say that the RBI stimulus, the government’s own fiscal stimulus and the reforms don’t matter. But complete clarity is yet to emerge. With no signs of COVID-19 abating and at the same time intensity being less in India compared with rest of the world, the government has started to walk the tricky path of combining safety and opening up the economy.

With very little economic activity over a 6-7 week period, the government had to necessarily step in to support the economy. The economic stimulus was mainly centred around cash support for the weakest section of the population and liquidity support for small businesses, in the forms of loans guaranteed by the government.

Also, fiscal affairs are tricky, one wrong move could lead to a downgrading of our sovereign rating, which wouldn’t be good for the economy.

2. Speaking of double-edged swords, there’s the easing of the lockdown. It could boost the economy, but it could also lead to an even more difficult situation. India is a very large country and the intensity of COVID-19 spread is rather different in the various parts of the country. The current path seems to suggest a practical way forward with different protocols depending on the zones where one lives in.

Factories, offices, distributions system, banking, etc have started to open up and this phased approach is likely to continues over the next few months. Work from home is being recommended, wherever possible.

What could make a difference? A vaccine. We still don’t know how far away we’re from one, but any news on that is a shot in the arm for the markets. We’ve already seen that.

3. But markets can be atmanirbhar too. Self-reliance, courtesy Reliance! The Jio-Facebook deal gave the market a bull run. With ~10% weightage in the Nifty50, any good news for Reliance is good news for all of us.

Having said that, economic recovery is still at its early stages and we need to watch out for how companies recover from this weak economic phase. It is clear from early indictors that the stronger companies, with strong balance sheets and stable customer base, will come out much stronger as the economy gets back on its knees.

Depending on the performance of the leading companies over the next 2-3 quarters, we can, tentatively, expect a recovery in stock markets – but all subject to how people get back to “normal” lives.

Globally, stock markets have been stabilizing after the initial sharp correction. Part of the reason is the large scale stimulus provided by various governments.

4. The other good news is the stabilising of the debt markets in the last couple of weeks. The RBI rate cut has also had an impact on yield rates and debt fund investors would have seen an upswing.

In the long term though, what gives us confidence is the maturing of the ecosystem. SEBI’s ban on Modex International and its directors from capital markets is a good example of that. ICRA’s downgrading of multiple Edelweiss companies is another. It shows that the rating agencies are now being proactive and flagging potential disasters.

The last point brings us back to where we began - trust. Growing your money, in the safest possible way, is what you trust us to do. You should be able to take that for granted, and that’s what we’re always working on.

Equity Markets in May

Debt Markets in May