A crash course in (market) history

We truly believe that there is no better way to build wealth, because in the long term, markets bounce back. A quick look at history’s worst market crashes will show you this.
by Scripbox
0
Comments 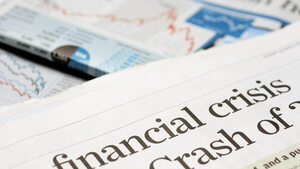 Market crashes are scary, there’s no denying that. But experienced investors also understand that markets have cycles, and their common advice is to “breathe in, hold out”. We truly believe that there is no better way to build wealth, because in the long term, markets bounce back. A quick look at history’s worst market crashes will show you this.

Silsila hadn't yet been released in 1636, but the first two lines of its famous song accurately reflect the investors’ mindset that made "tulip mania" the metaphor for economic bubbles. Acres of land for a couple of tulip bulbs was not uncommon! The bulb bubble did burst in early 1637, but contrary to the common narrative, it didn’t really knock the lights out of the Dutch economy.

In the early 1700s, the South Sea company, which supplied slaves to Central & South Americas, also took over a large part of the British government’s debt by giving shares to the government’s creditors. Helped by rumours of huge potential profits, and money from France whose economy had crashed, the share prices peaked before tumbling down by the end of 1720. The noise it generated made it famous, but the effect was limited to a few.

This was the first crisis that was global in cause and effect, impacting Central Europe, its colonies, and the US. The first victim was the Vienna Stock exchange, but the crisis had many complex causes - real estate overexpansion and trade and bank failures in Europe, reduction in European investments in America, speculative investments in American railroads, inflation and so on. Lasting for many years, this was known as the Great Depression before 1929 made a bigger claim!

The longest and deepest economic crisis in history, such was its magnitude that it has not one, but two “black” days associated with it. While many theories abound on the causes of the depression, the world saw a huge decline in production and unemployment. Between 1929 and 1932, global GDP fell by 15%. Many economies had recovered by the mid 30s, but others felt the impact until the Second World War.

On 28 April 1992, the BSE Sensex fell by 12.77%. While every crash above involved countries and institutions, India’s entry into the list was orchestrated by a single person - the Big Bull, Harshad Mehta, though there was collusion from many officials and banks. A systematic stock fraud using bank receipts and stamp paper, the scale of the fraud is mind-boggling even by today’s standards - Rs. 4000 crores, but it triggered fundamental changes in India's financial regulatory system to make it safer for the common investor.

The crisis began in 1997 when the Thai Baht delinked itself from the dollar peg after the country’s central bank ran out of foreign currency trying to defend against speculators. A chain reaction followed, impacting Indonesia, South Korea and other South-East Asian countries. The crisis lasted a year and a half, but one of the long term consequences was a shifting of investments to China and India!

The internet has given us many things, and one of them is a market crash! The late 90s saw a massive spike in internet usage and venture capital flowed into practically anything with a .com suffix. IPOs followed, fueled by investment banks. Thanks to inefficient spending and insufficient business, many of these ventures collapsed, and ended up costing investors a whopping $5 trillion. Don’t worry, digital businesses are more robust now, we should know!

If not the 2002 bust, this one would have definitely had a personal impact for most of us. The bursting of the US housing bubble, and the consequent collapse of the mortgage backed securities tied to it, resulted in what is considered the worst crisis since the Great Depression. While the US began the proceedings, it soon affected the rest of the world. On 24th October 2008, the BSE Sensex fell by 10.95%, at that time second only to the Big Bull’s contribution. But India rebounded faster than other markets.

While every other crisis was man made, the biggest of them all is credited to a microorganism. The BSE Sensex wasn’t immune to it either and on 23rd March earlier this year, fell by a whopping 13.15%. This was after it had already fallen close to 15% in the previous week. And yet, by October, we already saw it get back to within touching distance of its peak before Covid.

What we’re witnessing now is #10, and years later an article like this will include it as an earlier crash from which we emerged. As you’ve seen, sticking to the fundamentals is the best way to approach the market, and its crises. It’s the volatility of the markets that enable investors to make money from it. Yes, it can be testing at times, but play it like a test match, and you will emerge a winner.