The Union Budget 2020 was presented by Finance Minister Nirmala Sitharaman who provided numerous benefits across sectors in order to boost the economy. There were various amendments made in various sectors to boost the income of the common people and enhance their purchasing power. The budget also aimed to empower the marginalized sections of the society and increase the capacity building across the sectors.

In this article we will understand in detail the various benefits offered by the government under various sectors:

The government has proposed a new income tax regime under Section 115BAC that comprises a significant change in the tax slabs rates. It provides the benefit of lower rates to the taxpayers provided certain conditions are fulfilled. If the taxpayer chooses to opt for the new scheme, they can pay taxes at lower rates offered by the government. However, this option once opted, cannot be changed in a financial year by the taxpayer.

Under section 194J the tax rate on fees for technical services has been reduced to 2% from 10%. Now the tax will be deducted @2% instead of earlier 10%.

The threshold limit of tax audit has been increased from Rs. 1 crore to Rs. 5 crore. This is in the case of a person carrying on business provided where the aggregate of all amounts received during the year including for sales, turnover or gross receipts has note exceeded 5% of the said amount and the aggregate of all payments made including the amount incurred for expenditure, in cash, does not exceed 5% of the said payment.

The time limit has been extended by 1 year under section 80EEA for sanctioning of loan for affordable housing. As a result, the deduction of Rs. 1,50,000 which is allowed as per the said section can now be taken into consideration up to 31-03-2021.

Dividend distribution tax, which was earlier levied on the dividends paid by the company to its shareholders has been discontinued. Instead, the recipients of the dividend will have to pay tax at their applicable rate applicable to them.

An option has been provided to the employee’s of an eligible startup to not pay tax in the year of exercising the option.

The TDS on the perquisite stands deferred to the earlier of the below events:

Other updates related to TDS under each Section

Section 80-IAC provides that an eligible business can claim a deduction of 100% of the profits and gains derived an eligible start-up. The deduction can be claimed for a consecutive period of 10 assessment year as compared to earlier 7. Furthermore, the overall turnover limit has been increased from Rs. 25 crore to Rs. 10 crore.

Section 194 provides for TDS in respect of any dividend or before making any distribution or payment to the shareholders @10%. The threshold limit has been increased from Rs. 2,500 to Rs. 5,000.

Section 194K. In the case of dividends distributed by a Mutual Fund company in respect of units of a mutual fund. Tax is required to be deducted from the income @10%.

In order to curb defaults, a new section 234G has been introduced which relates to the payment of fee of Rs 200 per day in the case of a default in furnishing statement or certificate under section 35 by a company, university, research association etc.

You may also like to read about the Section 43B

See all articles by Anjana Dhand

Thanks for subscribing to our newsletter! You will start getting them soon. 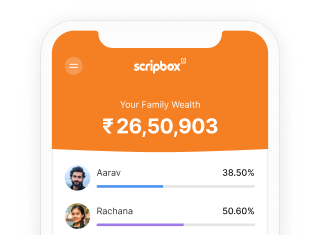 Get the Scripbox App

View, Analyse, Manage, and Grow your wealth with just one app.

Practical wealth creation insights for you.